Interview and translation by Alice Binnington – Action for Development 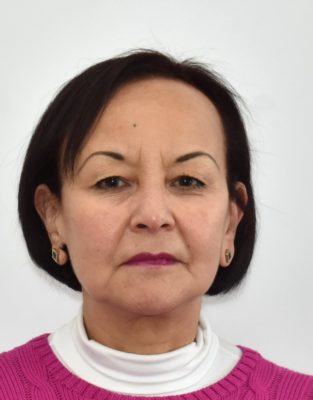 Can you tell us a little about your background?

Let’s say my “claim to fame” is that I’ve spent a long, long time in the UN system, as well as in the non-governmental sector. I held various positions in the UN, some of them based in Headquarters – in New York, Geneva, Denmark, Italy; others on the ground, including Somalia, Palestine, Sudan… about 45 countries including Afghanistan. My last formal posting with the UN system was as Deputy Secretary General in Somalia, responsible for the whole political and democratic process, human rights, the rule of law, women’s protection, children’s protection… Since I left Somalia, I’ve been mostly working as an independent. I’ve co-created my own platform which is called the Justice Impact Lab, where we look at issues of how justice is implemented using, amongst others, SDG 16, which speaks to accountable and inclusive institutions for justice. I’m also part of the Africa Group for Justice and Accountability, which is a group of 15 very high-level experts on human rights, rule of law and justice; we basically support governments in Africa to make sure that issues of justice are actually implemented. In doing that, we work quite closely with the ICC – the International Criminal Court. Finally, I’m also part of the Global Women Leaders, which gathers 57 of the very very top women leaders who were previously in the UN system at a very high level and who come from various countries. Again, we try to extend the voices of women all across the world on issues related to gender equality, peace and security and violence against women. I also worked for the Commonwealth Organisation – I led the division for young people. That was actually one of my favorite roles, because I worked with DWB, who were very supportive. We pushed the boundaries of youth development and empowerment.

When did you discover Afghanistan and in which context?

The first time I went to Afghanistan was in 1997. I was Senior Gender Advisor for the World Food Programme. I went there to be part of a programme review. It almost coincided with the first time the Taliban took over, and it was very unnerving: you have all these edicts by the Taliban – girls shouldn’t go to school, women can’t go to hospital to deliver (and many of them would die). It was a very bleak picture at the time. There were only two UN agencies present then – the World Food Programme and UNICEF. You also had the international NGOs like DWB and the ICRC. I had very little knowledge of Afghanistan and all of us definitely had very little knowledge of the Taliban. To ensure that we could continue to deliver food aid, it was very important to see to what extent we could have a conversation, a dialogue, with the Taliban. My conclusion through that period was that the Taliban are not a homogenous group: depending where you go and who you talk to, you may have very different responses. And I think it’s the same today.

What stood out to you?

To me, Afghanistan is so rich in terms of culture, civilization, knowledge, poetry, and human nature. And certainly, the news outside of Afghanistan doesn’t look at this at all. The news, generally, only focuses on the negative. Therefore, unless you go (or you read) beyond the negative issues related to Afghanistan, you do not know that you have a really rich culture, some people are very highly educated, you have beautiful landscapes, especially in agricultural Afghanistan. If you go there, you see these huge fields of lavender, for instance, that grow naturally! Why can’t we use that to produce essential oil? Or saffron – it’s one of the most expensive ingredients you buy in the west! If you invested, it would help the country build its economy. So what stands out to me is this desire to do your best to support the people of Afghanistan. And to have a balance between the politics of the leaders with the reality of the Afghans themselves. I would go back anytime now.

What types of observations have you made with regard to the progress in education, access to health or the place of women?

I would say that since the 90s, there has been extensive, really significant progress in terms of, number one, creating and reinforcing the infrastructure for education and health, and number two, capacity building of both educators and medical staff. There’s been major progress and we’ve seen more children going to school, more women going to school, etc… The investment in infrastructure is still there and still standing. So the most important thing for people who want to support is to make sure that it doesn’t go down and that the achievements are consolidated. I keep saying – don’t close the dialogue! We must continue the dialogue so that the achievements made so far can be maintained and can progress further. And I think what we see now is that many international organizations have been having some dialogue, which is a good sign. And I see that there will be progress. I always say, in circumstances like this, we create a big issue, like in August, and then it goes down because there is another issue. Don’t! Keep it always at the top.

Do you have a dream, hope, or vision for Afghanistan?

Yes – I mean if I didn’t I wouldn’t be having this interview! My dream for Afghanistan is, really, to progress towards better inclusion of various groups. We’re not talking just about women – we’re talking about women, youth, people with disabilities and so on. At the highest possible level. I.e., the decision-making, the policy-making and the programme-making. The vision would be that we work now towards achieving that dream. We shouldn’t be waiting for a positive earthquake to happen, we have to make it. And in order to make it, we need to ensure that every government supporting Afghanistan; every international organization should make it a requirement that women are represented, young people are represented, and other vulnerable groups are represented. They will be the ones making the decisions. They will be the ones contributing to the achievements in Afghanistan.

AfD’s school in Kabul moves to a new building!

International Day of the Girl Child