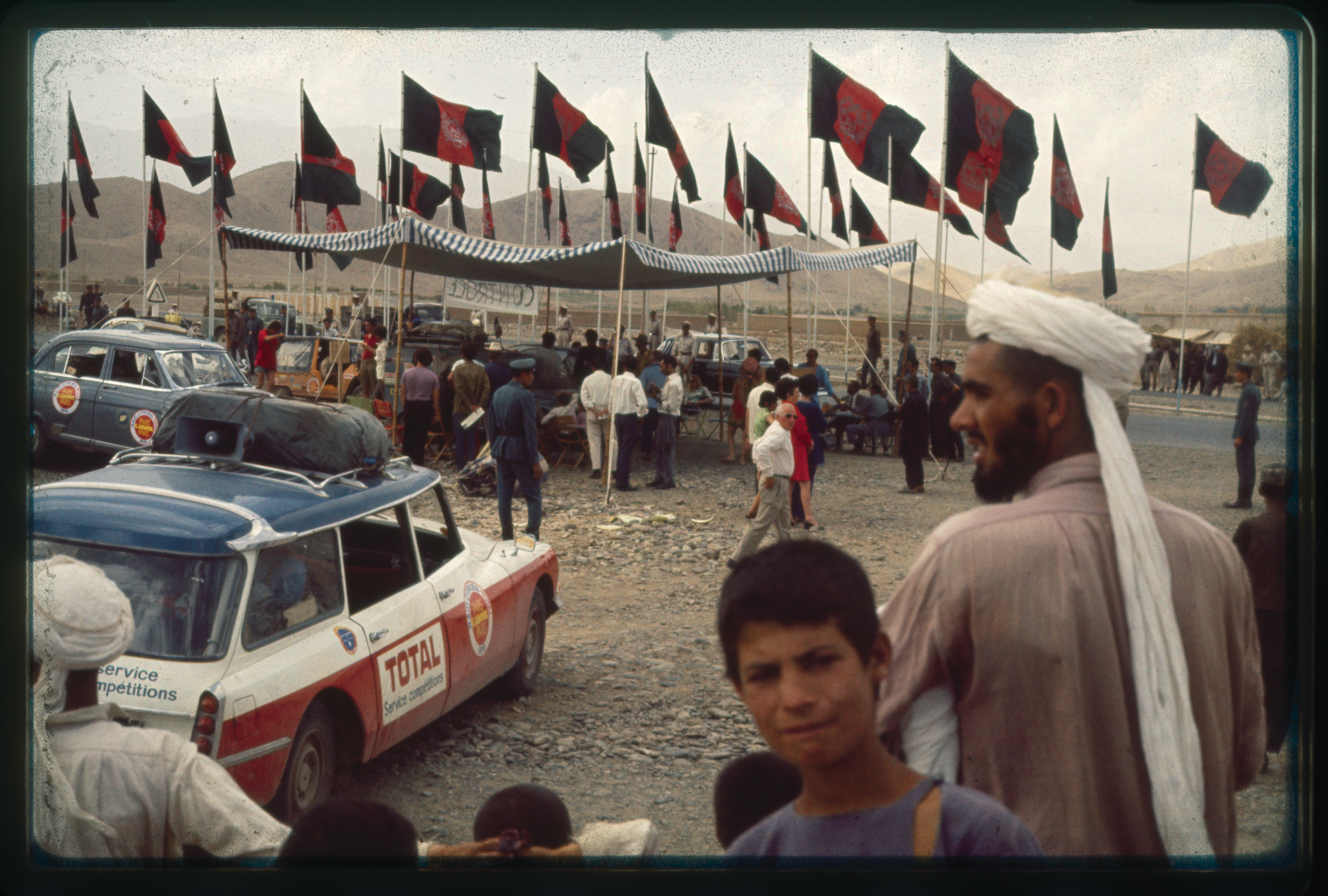 On the occasion of 10 years of Action for Development, we wanted to give you the floor to discover your vision of Afghanistan, a country that leaves no one indifferent. Thanks to your testimony, we would like to paint a portrait of a country with a rich history, dense topicality and a future that we all hope will be better.

Julie Henoch is at the origin of the multidisciplinary exhibition “Faire Route”, a guided stroll through archive photos, personal narrative and anthropological analyzes, which is currently taking place in Lausanne. Through this installation, Julie Henoch revisits her father’s journey, the Vaudois writer Pierre Conne, while he took part in the Paris-Kabul raid organized by Citroën in 1970. 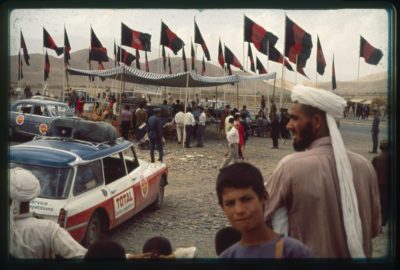 >> “Faire Route “: Lausanne Cathedral, Monday to Saturday 9 am-7pm and Sun 11 am-7pm, until April 15 as part of the History and City Festival

What motivated this exhibition?

I am not a specialist of Afghanistan but I feel like I have lived with its ghost. It was a very important trip for my father. Little by little, I came across a book he had written after the Paris-Kabul raid,  and I found the tribute very beautiful and I was also struck by how much our vision of Afghanistan has changed in 50 years. Obviously, a lot has happened since the raid took place in 1970, which was just three years before the first oil shock and ten years before the war. Seeing my father’s book, I thought maybe there was something to be done with the photographs. With a team of researchers and anthropologists, our idea was to create an exhibition that reveals both the beauty of this journey but also the multiple socio-economic issues. It was not just about financial issues. André Citroën believed very strongly in the initiatory journey, and this is what Afghanistan represented in the 70s. “Faire Route” is a way of showing that things are never binary and that in a story seemingly simple, there are plenty of other stories that play out.

Why did your father decide to embark on the Paris-Kabul raid?

My father belonged to a generation that was used to dropping everything and feeling the need to travel far to the unknown to discover the world. Unfortunately, when you are not part of the upper bourgeoisie, you have to work. So my father took advantage of this opportunity. The trip Paris-Kaboul lasted 29 days, which made it more accessible for him. Despite everything, he still experienced a mystical crisis at the shock of the Orient. The most terrible thing for him was to pass through cities like Kandahar, unable to stop because it was a car race. This is undoubtedly what led him to return there in 1972, in 1974 and then in 1976. He took numerous photos during each of his journeys. The Buddhas of Bâmiyân, the minaret of Djâm … I have a collection of images of places that no longer exist or have been damaged.

“At home, there were also little woolen pakols, jewelry. Afghan crafts were everywhere ” 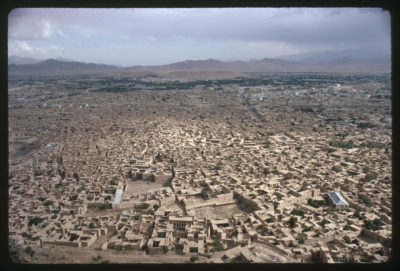 What image did your father convey to you of Afghanistan in the 1970s?

For him it was a wonderful country with extraordinarily welcoming people. In his book, he speaks about a meeting in a tea house with a man who is both very simple and very noble. He wonders what we do in the West with time, how we often run after money, and run after material objects. While here in the middle of the desert with this man serving him his tea he felt he understood life. Of course, it’s tinted with Orientalism, and that’s exactly what we wanted to explore with researchers and anthropologists for the exhibition. For my part, I remember there was a burqa at home, we all dressed up with it. There were also small woolen pakols, jewelry. Afghan crafts were everywhere. With my parents, it’s almost an ethnology museum. I have never been there but Afghanistan was very present at home. And then later, I got interested, obviously.

What types of observations had he made with regard to education, access to health or the place of women?

I believe he was struck by the overall poverty of the rural areas he crossed during his journey. I guess he had also empathized with the children, that’s why so many appeared in his photographs. My father had such a love for this country that after his travels he became very involved in humanitarian aid.

How was the exhibition received in Lausanne?

It was a victim of its own success! I had to reorder audio guides and reprint exhibition catalogs very quickly. I also now have a guest book that is filling up in Farsi, Turkish and every possible language showing lots of support. The press is talking about the exhibition, even today in Le Temps, there was an article. I did not expect that. The cover of my father’s book is the Istanbul Blue Mosque. This photo is displayed in the choir of the cathedral. On the sides, there are photos of nomads and very beautiful photos of women in burqas. I didn’t do this on purpose, but knowing that the exhibition is being held in a cathedral in the middle of Easter, I wondered how it would be received. There is something intimate and universal about “Going on the Road”, and it is an invitation to deconstruct our visions of the East. This is what I think makes it work. In any case, I received no criticism or animosity. On the contrary, people seem very touched. I also think that the fact that you can no longer travel attracts. Through this stroll, people escape.

“I play traditional Afghan music in the cathedral of Lausanne”

Are there any messages you want to convey through this exhibition?

Basically there are two things that strongly motivated my desire to do this exhibition. The first is that I can’t take the binary thinking with the good guys on one side and the bad guys on the other. All fields combined. The second, I am taken aback to hear from the mouths of people I meet who are intelligent and have a heart, comments that frankly begin to sound like fascist comments about Islam, about women. too. I kinda wanted to rebel against that. I wanted to make people think. To show that any event is never or all white or all black, and that apprehending a different culture can be challenging. In the exhibition I play traditional Afghan music in the Cathedral of Lausanne and I invite people to look at the Catholic vaults and perhaps realize, thanks to the universal language of music, that in the end when discussing the sacred everyone says the same thing.

Do you have a dream or hope for Afghanistan?

I don’t know Afghanistan well enough to make a very specific wish, but I believe in fundamental peace. Once we have peace, we can rebuild. Here we are at a loss to see what is going on. I believe awareness is needed. Everything has consequences, and if disasters happen elsewhere, we need to remember that we are also responsible.

International Day For Street Children – The reopening of the education centers

AfD partners with the UEFA Foundation