Interview and translation by Alice Binnington – Action for Development – Aug 2021

Marion Emonot is a journalist, translator and author living in Geneva. Though raised in France, she has studied in Spain, Italy, Ireland and Syria. We sat down with her to discuss her latest novel, Ressuscité, which follows an afghan migrant family along their tumultuous journey through Europe. 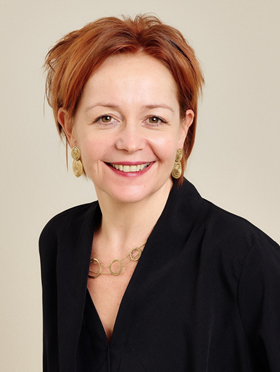 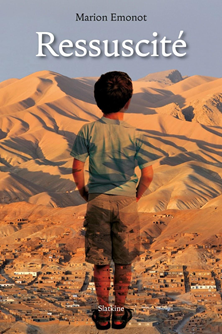 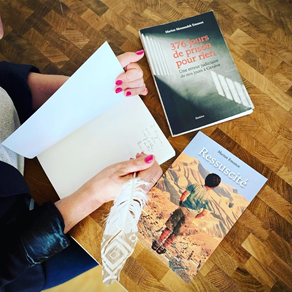 The story in Ressuscité is, above all, the true story of an afghan mother searching for her lost son. The first time the author heard this tale was on the BBC. Anyone would have been struck by it, but it is perhaps the author’s journalistic spirit that made her retrace this mother’s steps to find her. From her dialogues with this afghan migrant family, from her independent research and, of course, thanks to a little bit of fictionalisation, she developed this story of flight, determination and, most of all, hope.

Marion Emonot tells us that the book follows an afghan family that has been living in Iran for almost twenty years, like millions of other afghans. The family are refused a renewal of their residency card and must therefore return to Afghanistan. However, after less than a year, it becomes clear for the parents that they can’t remain there with their five children. For the daughters, who are sixteen and eighteen, “it’s the first time that they have to wear a burqa,” the author shrugs. Despite the efforts of UNESCO, she says with a sigh, the girls aren’t allowed to go to school. Because of the organ stealers, the three other children can’t go to school either. The mother, who narrates the story, can’t travel to visit her brothers and sisters, since the country’s roads are so dangerous. To complicate things, a sixty-year-old neighbor demands the sixteen-year-old girl’s hand in marriage. Aware of the dangers of refusing this, the father decides to leave. After months of waiting in safe houses on the turkish shore, the family gets on a makeshift boat in the middle of the night. It suffers a shipwreck close to the shore, and they can’t find one of their sons, Mahdi.

Strewn through this touching story of mother and son are geopolitical and cultural elements that explain the mother’s childhood and the evolution of Afghanistan. Out of all her research into this culture, this afghan and refugee life, Marion Emonot says that what most struck her were the frequent organ thefts, though she specifies that the afghan constitution has since been amended to forbid these. In terms of access to healthcare, education, and the lives of women – nothing much has changed.

Finally, we asked her whether she had a wish for this afghan family. “That the girls’ dream comes true,” she answered. They already speak fluent german; one wants to become a pediatrician, the other a juvenile judge. The author is certain that they, “are willing to use all their resources to attain these objectives.”

10th Anniversary: Our fifth guest in the series of interview -Maryam Yunus-Ebener